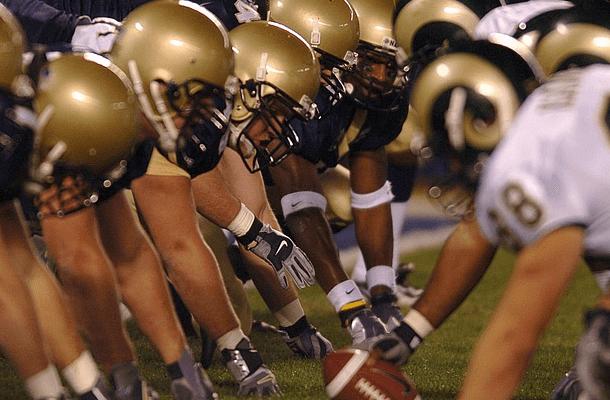 I don’t have much time for the pros, but I enjoy the college game quite a bit. I find it more exciting and a lot more fun to bet on. I’ve mostly just picked my spots over the past few years, but this year I am motivated, paying a lot more attention and devoting study time to it. All thanks to our Patreon subscribers.

This week I have four picks on Patreon, two are below. I will try to hit the weekday games whenever something looks good and then do a post on Fridays for the big Saturdays. It’s going to be a great season.

I wrote these kind of early so if there is any line changes I will do my best to update later today/tomorrow morning.

Sign-up for Patreon today and get the rest of the month free. No charge until September 1st. We will have football bets this weekend.

Nebraska beat Northwestern 56-7 last season and I’m struggling to see why we shouldn’t expect more of the same here. They only won three games last year, but they are about the best three win team you’ll ever see. Seven losses by seven points or less and another by eight points.

That season should put their coach on the hot seat and they should come out pretty aggressive here. Casey Thompson will start at quarterback and he has a strong receiver corps to target. They struggled in the red zone last year which lead to the losses and that looks like the key thing they will be cleaning up.

Northwestern’s defense was horrible last season and they lost their best player as well as most of their secondary. I do think that Northwestern could run the ball well, but the Nebraska offense should end up being too much for them.

Nevada has a new head coach here and one of the lowest rate of returning players of any team in the country with just six players that started last season coming back. Throw in an inexperienced quarterback and it’s easy to see why this line has shifted so much from the open. It opened at -14.5.

The defensive line of New Mexico State brings returns six of seven players and I expect them to cause problems here for whoever ends up starting at quarterback.

NMS will be running the ball a lot here and looking to control the clock. That could lead to a close game, but I think there are just enough holes on the Nevada defense for them to make this a game or steal it.