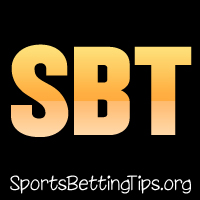 Our long national nightmare is finally over and the NFL has returns this month. The Buffalo Bills and Los Angeles Rams will kick things off on September 8th on Thursday Night Football and it’s a full schedule from that day forward. We will have NFL tips all season long on Patreon.

We also have a big month of college football with a few marquee match-ups. Alabama vs. Texas, Florida vs. Kentucky, and Wisconsin vs. Ohio State should all be good games.

The race for the playoffs in MLB is going strong and it’s now-or-never for some teams. The Brewers are looking to make a run for the playoffs in the National League, but are currently on the outside looking in. While the American League has a tight race in the AL Central and a Wild Card race for seeding that could come down to the end of the season between the Rays, Blue Jays, and Mariners. The Orioles are trying to make their way into the mix as well.

The world of boxing has a big one with month with Golovkin vs. Canelo III. Canelo has a 1-0-1 record in the series to date.

The NBA will induct some legends into the Hall of Fame while the WNBA will see a champion crowned in the WNBA Finals.

A ton of good stuff this month, plus LIV Golf, PGA, UFC, English Premier League, and much more.

Let’s take a look at the full September 2022 Sports Calendar:

September 4: WWE Clash at the Castle
September 5: AEW All Out