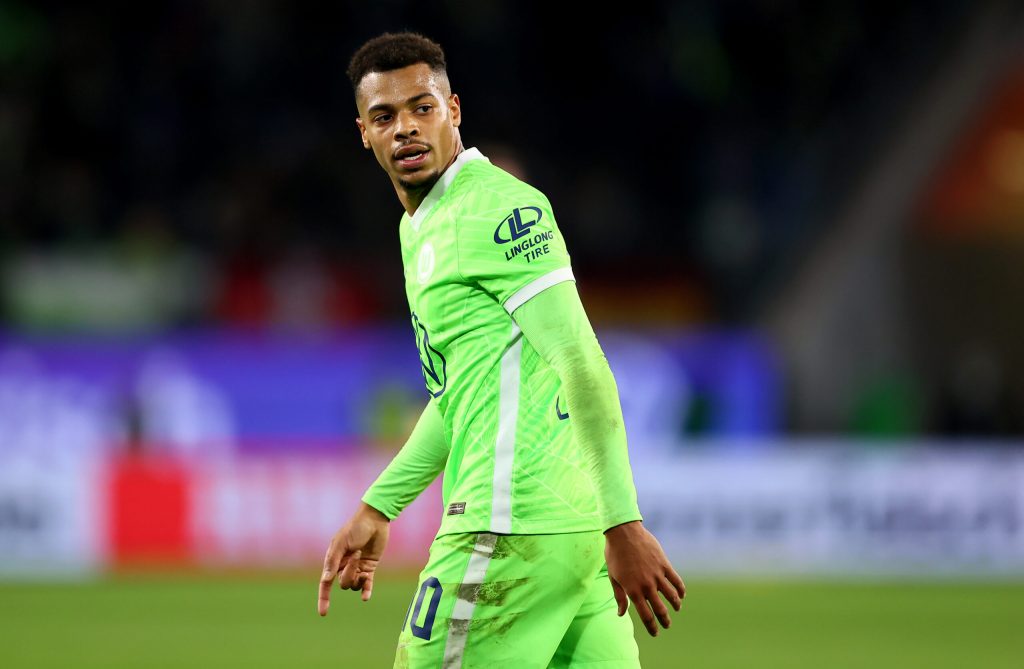 The city is a major hub for the automotive industry in the country and VfL Wolfsburg grew out of a multi-sports club for the workers of Volkswagen. It is most well-known for its football team but it also has departments in other sports such as badminton, handball and athletics.

The professional football teams are governed by VfL Wolfsburg-Fußball GmbH, a wholly owned subsidiary of the German multinational car manufacturer Volkswagen Group. The men’s professional football team currently features in 1.Bundesliga, the highest-tier of league football in the country. Wolfsburg earned its sole 1.Bundesliga championship in the 2008/09 season, the DFB-Pokal in 2014/15 and the DFL-Supercup in 2015/16.

Since 2002 VfL Wolfsburg has been playing its home-matches at the Volkswagen Arena, a 30,000 capacity stadium owned jointly by the city and the Volkswagen Group. Prior to this, Wolfsburg played its home-games at VfL-Stadion am Elsterweg, now used by its reserve-team Wolfsburg II in the 4th division. The women’s team and the amateur teams play at the newly-built AOK Stadion.

The city of Wolfsburg was established in 1938 by the ruling Nationalist Socialist Party as a planned town to house the workers of the automotive vehicle that would later be famous around the world as the Volkswagen Beetle. As professionalism was prohibited in the game during the Nazi period, the first football club affiliated to the car manufacturer was a works team called BSG Volkswagenwerk Stadt des KdF-Wagen.

Meanwhile, the Nazi government had already altered the landscape of league football in Germany as part of its restructuring plans for the country. Top-tier football was divided into 16 regional leagues under its Gauligen structure. BSG Volkswagenwerk Stadt des KdF-Wagen reached the top-division and participated in the Gauliga Osthannover for the 1943/44 and the 1944/45 seasons.

New Team for a New City

At the time of World War II, the city of Wolfsburg served as a major industrial centre for the Wehrmacht, producing cars, aeroplanes and military equipment, mostly by using forced labour and prisoners of war. On 11th April 1945, the US army freed the city from Nazi control liberating 7,700 forced labourers from the Volkswagen factory. American troops stayed in the city until June, during which time it was renamed as Wolfsburg.

On 12th September 1945, with World War II now officially over, a new club was formed in the city which named itself VSK Wolfsburg. It started off in a green and white strip as youth trainer Bernd Elberskirch owned 10 green jerseys and white bed sheets donated by the public which were then sewn into white shorts by the local women. Green and white remain the colours of VfL Wolfsburg even today.

But in December of 1945, the club faced a severe crisis when all but one of its players left to join 1.FC Wolfsburg. Josef Meyer, the only remaining player, worked alongside Willi Hilbert to rebuild the team by recruiting new players. The club then changed the name to VfL Wolfsburg, with the initials standing for Verein für Leibesübungen, meaning ‘club for physical exercises’.

Within a year of its existence, VfL Wolfsburg bagged the local championship in the nearby town of Gifhorn. In November 1946, it played a friendly match with FC Schalke 04, the massive club from Gelsenkirchen which was the powerhouse of German football from the mid 1930’s to the early 1940’s. The game was played at the stadium owned by Volkswagen and since then has become a sponsored team of the company.

Progress through the divisions was a slow but steady process for VfL Wolfsburg in the early years. It won a few amateur championships, before winning the Amateuroberliga Niedersachsen-Ost in 1951/52 in the 2nd division but failed to reach the top-tier. It took the title again in 1953/54 before notching a 2-1 win over Heider SV to earn promotion to the Oberliga Nord.

But Wolfsburg could barely cope up in the top division but somehow managed to avoid relegation for the first few years. It finally dropped out of the top-flight at the end of the 1958/59 season and then dropped further down to the 3rd division. When the German football league structure was overhauled in 1963 with the creation of the Bundesliga, Wolfsburg had only recently gained promotion back to Regionalliga Nord in the 2nd tier.

For the next 12 years, VfL Wolfsburg remained a fixture in the 2nd division but was unable to break into the Bundesliga. Its best performance was a runner-up finish in the Regionalliga Nord during the 1969/70 season which earned Wolfsburg a berth in the promotion playoffs. The team failed to advance to the top-flight after performing quite miserably and would not get close to promotion for a long time.

In the mid 1970’s, following the introduction of 2.Bundesliga as the new 2nd division league, Wolfsburg dropped down to the 3rd tier and stayed there until the early 1990’s. It featured in the Amateur Oberliga Nord at the time and picked up the title in 1990/91 but could not progress to the 2nd division. It won the league-title again in 1991/92 and this time it was able to earn its promotion into 2.Bundesliga.

The 1990’s became a pivotal decade for the club and it enjoyed unprecedented success during this time. As a 2.Bundesliga side, VfL Wolfsburg reached its first DFB-Pokal final in the 1994/95 campaign where it ultimately lost 0-3 to Borussia VfL Mönchengladbach. In the 1996/97 season, Wolfsburg finished the league in 2nd position, to earn a direct promotion to the 1.Bundesliga and it has not dropped down ever since.

In its maiden 1.Bundesliga campaign, VfL Wolfsburg was among the favourites to get relegated at the end of the 1997/98 season. But the club managed to survive the drop, finishing 1 point above the relegation-zone in 14th position. After managing to retain its top- flight status, Wolfsburg grew in confidence and quickly established itself as a mid-table team in the 1.Bundesliga for the coming years.

Under its new manager Wolfgang Wolf, Wolfsburg became a much improved side in the 1998/99 campaign and was in contention for UEFA Champions League qualification until the last couple of weeks. But a heavy 1-6 defeat away to MSV Duisburg on the last day of the season dropped the club down to 6th place in the end and with it, a berth in the UEFA Cup for the following season.

Wolfgang Wolf remained at the club for 4 more years and Wolfsburg established itself as a consistent performer in 1.Bundesliga. In the 1999/2000 campaign, it finished in 7th position and secured another top-half position in the following season. In 2002/03 it dropped down to 10th spot before it returned to the top-half with an 8th place finish in the 2002/03 season after which Wolf parted ways with the club.

For the 2003/04 campaign, Jürgen Röber became the manager of VfL Wolfsburg but he did not last until the end of the season which ended in 10th position. Eric Gerets was his replacement and he took the team to 9th position in 2004/05 before moving on from the club. Holger Fach succeeded him as the new manager but lasted less than 6 months with Klaus Augenthaler replacing him at the job.

As there was no promotion-relegation playoff being used by the Bundesliga at the time, Wolfsburg barely managed to survive the drop in 2005/06, finishing just a single point above the drop-zone in 15th position. Augenthaler remained as the manager for the 2006/07 campaign but the club once again was involved in a tense relegation-battle before finishing in 15th place.

That summer the club signed Felix Magath, among the top coaches in Germany known for strenuous training methods emphasising fitness and discipline, to be director of football as well as manager of VfL Wolfsburg. Magath had recently spent 3 years at FC Bayern München, winning the league and cup double in the first two seasons but was dismissed after losing the 1.Bundesliga title to VfB Stuttgart in 2006/07.

Wolfsburg began the 2007/08 in much better form and eventually produced its best performance in the top-division by finishing in 5th position. In the following 2007/08 campaign led by the centre-forward duo of Grafite and Edin Džeko with both strikers scoring more than 25 goals each, Wolfsburg ran away with the 1.Bundesliga title to crown the greatest achievement in the history of the club.

For 2009/10 Magath left while VfL Wolfsburg featured in the UEFA Champions League for the very first time. It finished its group in 3rd place behind Manchester United FC and CSKA Moscow to drop down into the UEFA Cup where it beat Villarreal CF and FC Rubin Kazan before bowing out to Fulham FC in the quarter-final. But European commitments took a heavy toll in its league-performance and it ended the season in 8th position.

Steve McLaren was named as the new Wolfsburg manager for the 2010/11 season but was relieved of his duties just 8 months later while the team fell into the drop-zone under interim-manager Pierre Littbarski. In March 2011, Felix Magath returned to take over at Wolfsburg with only 8 more matches left in the season and steered the club away from relegation, finishing in 15th position, just 2 points above the bottom-3.

Magath remained at the helm for the 2011/12 campaign and Wolfsburg moved up to finish in 8th position. But 5 losses from the opening 8 league-fixtures put the club in rock-bottom of the 1.Bundesliga table and Felix Magath left his post by mutual consent. Lorenz-Günther Kostner took charge for a couple of months before Dieter Hecking was appointed the new manager and the club finished the 2012/13 season in 11th position.

2013/14 turned out to be a much better campaign and Wolfsburg took 5th spot in the 1.Bundesliga table. The following 2014/15 was even better with the club finishing as runners-up behind FC Bayern. Wolfsburg also began 2015/16 in solid fashion and even reached the quarter-finals of the UEFA Champions League, losing to Manchester Utd but had to settle for an 8th place finish in the league-table.

Wolfsburg made a sluggish start to the 2016/17 campaign and Dieter Hecking was replaced by Valérien Ishmael as the new manager in October. However the Frenchman barely lasted 4 months at the job before he too was sacked. Andries Joncker filled the vacancy but could only earn 16th spot. Wolfsburg was able to keep to its top-flight status by beating Eintracht Braunschweig in the playoffs.

Andries Joncker was shown the door just a month into the 2017/18 campaign and was replaced by Martin Schmidt. But the latter also stepped down from the post in 5 months after failing to get into the top-half of the standings. Bruno Labbadia became the club’s 3rd Wolfsburg manager of the season and it again finished in 16th spot. This time Wolfsburg defeated SV Holstein Kiel in the playoff to stay in 1.Bundesliga.

In the 2018/19 season, Wolfsburg got off to another slow start but managed to pick up its form as the season progressed and ended up with a well-deserved 6th place finish. Bruno Labaddia left the club at the end of his contract and Oliver Glasner was unveiled as the new manager of Wolfsburg. It completed the 2019/20 campaign in 7th spot in the 1.Bundesliga and qualified for the UEFA Europa League once again.

The subsequent 2020/21 campaign has been the best for VfLWolfsburg in recent years. The club finished the 1.Bundesliga season in 4th spot and thereby earned a spot in the UEFA Champions League. However, Oliver Glasner surprisingly left to join Eintracht Frankfurt at the end of the season and Mark van Bommel was named as the new manager on a two-year contract.

Wolfsburg began the 2021/22 in tremendous form and stood at the top of the league after 4 games. Then it went on an 8-game winless run which left the club hanging above the drop-zone. Florian Kohfeldt came in as the replacement and steered the club to 12th position. Kohfeldt was dismissed at the end of the campaign and 10 days later Wolfsburg announced Niko Kovač as the new manager.

Use a welcome offer on EagleBet – such as Cyber.bet – and use our Bundesliga betting predictions to bet bold on the 1. Bundesliga.