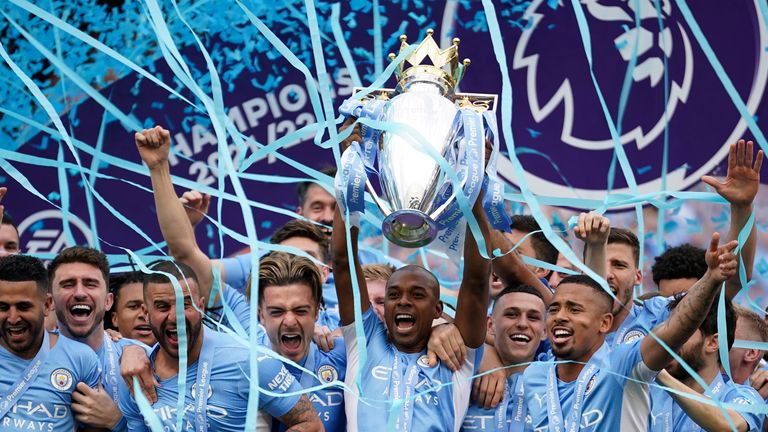 Our Premier League betting predictions and tips have enjoyed a brilliant season, winnnig us (and we hope you!) lots of money. And boy, what a season it has been with one of the most exciting finishes in years which went right down to the wire between Manchester City and Liverpool.

Soon we will have for you our EPL tips & predictions for next season but before that let us take a moment to catch our breath and marvel at a brilliant year of football. Remember to register your email address and we will send you, free, Premier League and Bundesliga betting tips in our brilliant betting guides.

If EagleBet’s betting predictions department had been handing out awards at Christmas, we would have given this award to Salah, no question.

In the first half of the season the Liverpool goal-smith looked unplayable, the kind of striker centre halves must have woken up screaming about as he haunted their dreams.

But Afcon and contract discussions seemed to distract him in the second half of the season, albeit he was still joint top scorer and deliverer of most assists.

But the fact that Manchester City ultimately triumphed in the title race probably just tilts the award to Kevin De Bruyne.

Outside England and Belgium the Citizen dynamo hasn’t perhaps acquired the kudos that he deserves – perhaps he saves his best for domestic matches – but he is without doubt one of the world’s very finest footballers. After a slow start he established himself, yet again, as City’s most important player in the Premier League. Like many of the biggest players he saved his very best to when it really mattered, forcing City to the final despite the apparently irresistible challenge of Liverpool. His cross to seal the title against Villa and his four goals against Wolves in probably the best performance of the season by any player just gives him the edge.

As for Son, to be joint top scorer with some spectacular goals that eclipsed his strike colleague Harry Kane is incredible after a slow start under a manager who apparently didn’t know what to do with him. Gareth Bale earned a £90m move away from Spurs after performances surely no more impressive than these.

Who Was The Best Manager – EPL Awards Sponsored by CyberBet

The Brighton manager might be an unfashionable choice. He looks more like a physical education teacher up against the cool Armani of Pep Guardiola, and he won absolutely nothing. But to steer Brighton to a best-ever points total and 9th place on a net-spend of £15m is remarkable. A manager with a huge transfer budget and international superstars should win the league, to judge a manager you surely have to look at who has punched above their weight. And then it’s hard to look beyond Potter.

He should be managing a top club but perhaps his suits aren’t quite well cut enough?

Frank looks and sounds like a wrong ‘un: try as we like we can’t warm to him. But you can’t deny his achievement. Little Brentford – a joke of a club historically, known as “the bus stop in Hounslow” – have survived their first season in the top division in 74 years. And in the end they did it with ease, finishing 13th. They also did it playing some attractive, adventurous football at time and the capturing of Christian Eriksen for a club of this size in January was the transfer of the season.

Klopp in third place? Three Champions League finals in five seasons tells its own story. His fans will say he should have won the award from our betting predictions team. If it were awarded for personality, likeability and all-round moral leadership in an industry of crooks, he sure would have done it. The way he drove on his Liverpool team to play every single game they could potentially have played, and survived the loss of his two best players to Afcon, was incredible. We love Klopp in a way we simply respect Guardiola. But we could not overlook that Potter and Frank were working with massively smaller resources.

As for Guardiola, his trophy haul is huge – four titles in six years – and much better than Ferguson’s at this stage in his United career. But repeated failure to turn domestic dominance into European glory counts against him.

Conte and Howe also got some votes from the betting predictions team.

What Was The Best Premier League Goal of the Season? – Sponsored by Zodiacbet

Two or three Salah goals could have won it but this one won the support of our betting predictions team because of the quality of the opposition, leaving Silva looking like a mug and weaving his way into the box and firing in from a really tight angle with his “weak” foot. Wow. Just wow.

No point mentioning any other goal, brilliant though some were. This was just one of those goals that wins by miles. A unanimous decision by our betting predictions panel.

Who Was the Biggest Flop of the Season? Sponsored by 22Bet

Collectively Man Utd have been the biggest disappointment. They are having a major crisis, the problem now somehow bigger even than this huge club.

Their defender Varane also gets a special mention as he was meant to be the rock that simply crumbled.

But let us not forget Lukaku: £97m and he can’t even shoot straight. He may have done well in Serie A but he has been a massive flop for Chelsea.

Only the Best Online Betting Bonuses

There are always welcome bonuses in our nest at EagleBet. Use a bookie’s cash to bet, signing up now. Sign up to receive our free Premier League betting tips – and don’t forget our Bundesliga betting tips – and use these predictions to win big. It will be a hoot!

Our Premier League predictions have been on great form and have been making our readers – and ourselves!- serious money.

Read our Premier League betting tips and soar with winners at EagleBet.